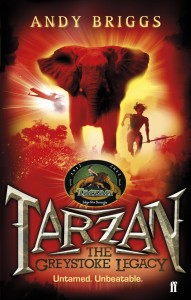 What lies in the depths of the jungle? Escaping a dark secret, Robbie Canler joins an illegal logging team in the Congo jungle. Now they”re under siege from a sinister force. When the daughter of the camp’s boss, Jane Porter, goes missing they assume bloodthirsty rebel soldiers have kidnapped her.

Robbie sets out on a rescue mission – unaware he is being watched… Are the rumours of a feral man raised by wild apes true? If so, can the mysterious untamed savage be trusted to help them? 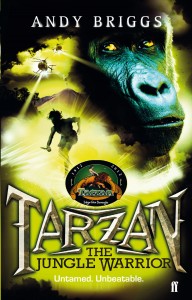 When a baby gorilla is snatched from its family by the world’s most infamous hunter, Tarzan will stop at nothing to track him down – crossing the wild jungle and hostile African savannah to bring him to justice.

Meanwhile, Jane is trying to learn more about Tarzan’s past, and must decide whether reuniting him with his lost Greystoke family is the right thing to do. But Robbie has ideas of his own. He has formed a plan that will get rid of Tarzan for good, and keep the secrets of his own past safe. 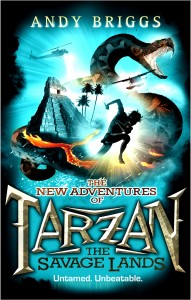 A TREACHEROUS LORD: Lord Greystoke has arrived at the logger’s camp in the Congo, and will stop at nothing to find and eliminate his long-lost cousin, Tarzan.

A CRAZED QUEEN: Robbie and Jane set out through the jungle to warn Tarzan, and find themselves trapped in the sprawling ancient city of Opar, where the insane Queen La is running an illegal Coltan mine.

AN EPIC BATTLE: With a volcano threatening to explode, Tarzan, Robbie and Jane must form an unlikely alliance to save themselves. Not everyone will make it out alive . . .